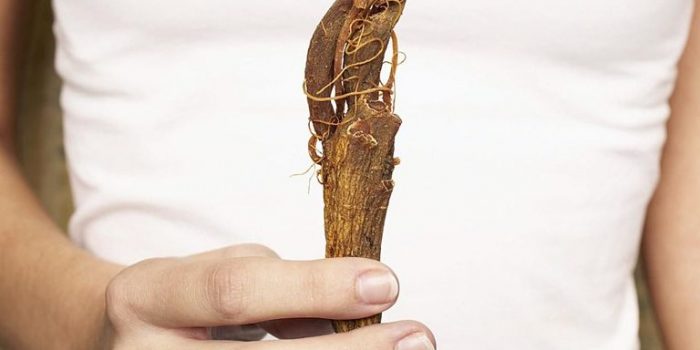 What is Type 2 Diabetes?

According to the American Diabetes Association, nearly 21 million people in the United States have diabetes, with about 90 to 95% having type 2 diabetes. Sugar, in the form of glucose, is the main source of fuel for body cells. The hormone insulin allows glucose in the blood to enter cells. In type 2 diabetes, either the body doesn’t produce enough insulin or cells are resistant to effects of insulin.
As a result, glucose builds up in the blood instead of entering cells, which causes cells to be deprived of energy. If high glucose levels in the blood persist, it may damage the eyes, heart, kidneys, or nerves.

So far, scientific support for the claim that any remedy can treat diabetes is lacking. It’s important to note that self-treating with alternative medicine and avoiding or delaying standard care may be harmful to your health. Here are some natural treatments that are being explored.

Chromium is an essential trace mineral that plays an important role in carbohydrate and fat metabolism and helps body cells properly respond to insulin. In fact, studies have found low levels of chromium in people with diabetes.

There are many promising studies suggesting chromium supplementation may be effective, but they are far from conclusive.
For example, a small study published in the journal Diabetes Care compared the diabetes medication sulfonylurea taken with 1,000 mcg of chromium to sulfonylurea taken with a placebo. After 6 months, people who did not take chromium had a significant increase in body weight, body fat, and abdominal fat, whereas people taking the chromium had significant improvements in insulin sensitivity.

Another study published in the same journal, however, examined the effect of chromium on glycemic control in insulin-dependent people with type 2 diabetes. People were given either 500 or 1,000 mcg a day of chromium or a placebo for six months. There was no significant difference in glycosylated hemoglobin, body mass index, blood pressure, or insulin requirements across the three groups.

Magnesium is a mineral found naturally in foods such as green leafy vegetables, nuts, seeds, and whole grains and in nutritional supplements. Magnesium is needed for more than 300 biochemical reactions. It helps regulate blood sugar levels and is needed for normal muscle and nerve function, heart rhythm, immune function, blood pressure, and for bone health.
Some studies suggest that low magnesium levels may worsen blood glucose control in type 2 diabetes. There is also some evidence that magnesium supplementation may help with insulin resistance. For example, a study examined the effect of magnesium or placebo in 63 people with type 2 diabetes and low magnesium levels who were taking the medication glibenclamide. After 16 weeks, people who took magnesium had improved insulin sensitivity and lower fasting glucose levels.

High doses of magnesium may cause diarrhea, nausea, loss of appetite, muscle weakness, difficulty breathing, low blood pressure, irregular heart rate, and confusion. It can interact with certain medications, such as those for osteoporosis, high blood pressure (calcium channel blockers), as well as some antibiotics, muscle relaxants, and diuretics.

A couple of studies have found that cinnamon improves blood glucose control in people with type 2 diabetes. In the first study, 60 people with type 2 diabetes were divided into six groups. Three groups took 1, 3 or 6 g of cinnamon a day and the remaining three groups consumed 1, 3 or 6 g of placebo capsules. After 40 days, all three doses of cinnamon significantly reduced fasting blood glucose, triglycerides, LDL cholesterol, and total cholesterol.

In another study, 79 people with type 2 diabetes (not on insulin therapy but treated with other diabetes medication or diet) took either a cinnamon extract (equivalent to 3 g of cinnamon powder) or a placebo capsule three times a day.

After four months, there was a slight but statistically significant reduction in fasting blood glucose levels in people who took the cinnamon (10.3%) compared with the placebo group (3.4%), however, there was no significant difference in glycosylated hemoglobin or lipid profiles.

For more about cinnamon, read Cinnamon and Blood Sugar and Cinnamon For Diabetes?

The mineral zinc plays an important role in the production and storage of insulin. There is some research showing that people with type 2 diabetes have suboptimal zinc status due to decreased absorption and increased excretion of zinc.

Although aloe vera gel is better known as a home remedy for minor burns and other skin conditions, recent animal studies suggest that aloe vera gel may help people with diabetes.

A Japanese study evaluated the effect of aloe vera gel on blood sugar. Researchers isolated a number of active phytosterol compounds from the gel that were found to reduce blood glucose and glycosylated hemoglobin levels. For more information about aloe vera, read the

Because Gymnema may lower blood sugar levels, people taking medications for diabetes or using insulin shouldn’t take Gymnema unless they are closely monitored by their health care provider.

Vanadium is a trace mineral found naturally in soil and many foods. It is also produced during the burning of petroleum.

Vanadium has been found to improve insulin sensitivity and reduce blood sugar in people with type 2 diabetes. It appears to mimic many of the actions of insulin in the body.

The use of vanadium for diabetes, particularly without the supervision of a qualified health care practitioner, is not recommended, because the dose needed to affect blood glucose levels can be potentially toxic. The typical amount of vanadium found in the average diet (less than 30 micrograms per day) appears to have little toxicity.

If you are interested in trying a natural treatment in addition to standard treatment, be sure do so only under the close supervision of your physician. If diabetes is not properly controlled, the consequences can be life-threatening.

Also, inform your physician about any herbs, supplements, or natural treatments you are using, because some may interact with the medications you are taking and result in hypoglycemia unless properly coordinated.