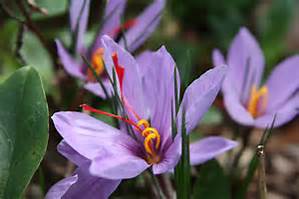 Saffron is the most expensive spice in the world! It is produced from the saffron crocus flower (Crocus sativus). It is actually the dried stigmas (which are the insides of a flower that catch pollen) and has a deep auburn colour and sweet flavour. The stigmas can only be picked by hand as machines are not delicate enough. It takes 250,000 stigmas to make just half a kilo of saffron, hence its high price, however you only need a pinch as it is very strong.

The Crocus flower is native to Southwest Asia and some areas of Europe. Though it is often harvested to be used as a spice for cooking or for flavoring tea, it is also known to have many health benefits as an herbal supplement. Saffron has lost some of its popularity as a spice due to more common and affordable herbs and spices, yet it still remains as a herbal supplement because of its many medicinal benefits. 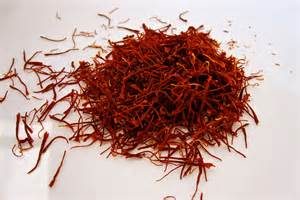 Many people do not know the numerous health benefits that can be gained from using a saffron herbal supplement. The amount of ailments it be used to treat is extensive. Below is a list of some of the more common ailments that an herbal saffron supplement can help with.

Saffron, when taken correctly, is effective at treating mild to moderate depression. It has been proven to be just as effective as some popular prescription medications for depression that is commonly prescribed by doctors to their patients. For it to be effective, the most important thing is to make certain that you are buying 100% real saffron from a reputable dealer. You also need to make sure that the saffron only consists of the red filaments.

When you receive the saffron, it is best to soak it in either broth, milk or warm water before you cook with it. This will help make it more potent when you add it to any recipe. If you do not want to cook with the saffron, an alternative way to use it to treat your depression would be to add it into a tea or some milk to consume. To make it, just mix at least ten strands of the saffron into your drink with some sweetener of your choice. Mix it well and enjoy. When taken at night, it can also help treat depression that is associated with insomnia.

If you are someone that has trouble sleeping, using a saffron herbal supplement can also help you to avoid those restless or sleepless nights. The best way to use saffron to help you sleep is by mixing it with some milk or tea and your favorite sweetener and then drinking it before bed.

Arteriosclerosis is a very dangerous condition in which the arteries begin to harden. When your arteries harden they have trouble transporting the amount of oxygen needed to different parts of the body. Because this condition is not easy to detect in early stages, it is vital to take precautions early on.

This is where using saffron as an herbal supplement can help. An herbal saffron supplement can decrease the chances of getting arteriosclerosis. The saffron acts as a stimulant and an antioxidant to help increase the circulation throughout the body.

According to research, saffron can also help aid in a person’s fight with cancer. Cancer cells grow by building and creating their own blood supply in the body. Saffron is thought to help fight cancer by entering the cancer cells and sending them a signal to commit suicide (known as Apoptosis), thus leading to the cancer dying off. Saffron contains Carotenoids which are thought to cause toxic and deadly reactions to certain cancer cells in the body, such as leukemia cells, sarcoma cells, and cancerous carcinoma cells.

For women who have irregular periods, they can take saffron to help regulate their menstruation. An herbal saffron supplement can help induce menstruation as well as help relieve pain that is associated with periods. Along with period relief, saffron can also help to reduce chronic uterus bleeding.